Probably one of the best routes in Tenerife as we ascend to the highest peak in Spain and the third highest volcano in the world. The excursion begins at the foot of the volcano where a small introduction to the national park and its main features will be made.

During the tour we will know the different types of lava formations that gave rise to the creation of the mountain, as well as walking through some of them to know their peculiarities. The climb path can be difficult due to the pressure change, so it will be done at an appropriate pace for all participants.

In spite of this, the arrival at the top means a self-satisfaction challenge that our clients will keep as a good memory, not only for their physical effort but also for the
landscape they will see at their feet: the red and black lava joins together with the flora and one of the cleanest and bluest skies in the world, creating a unique view at the top. Customers can enjoy a picnic lunch and then go down by cable car after the summit.

Start of the hike.
5

Return to the meeting point. 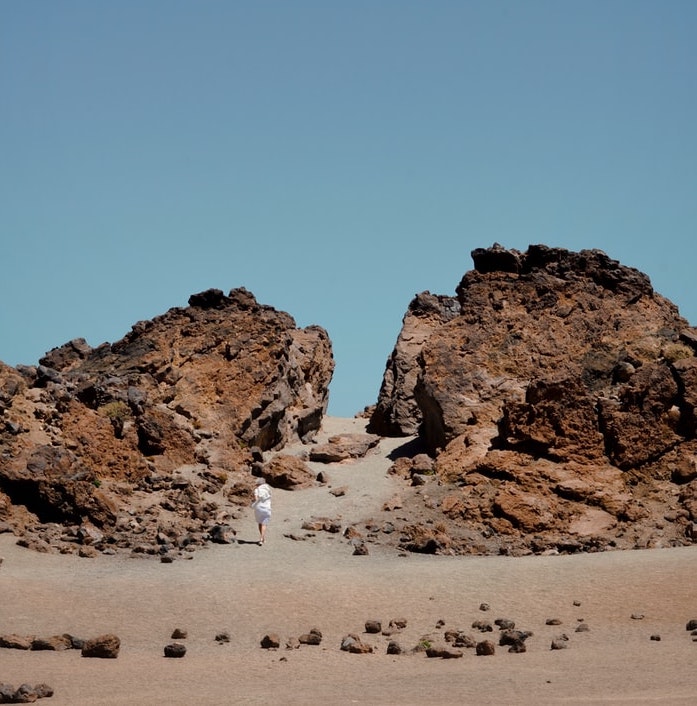